The Beregovo Property is immediately adjacent to and contiguous with the Muzhievo Property (figure 6) and is part of the same epithermal polymetallic mineralized system. 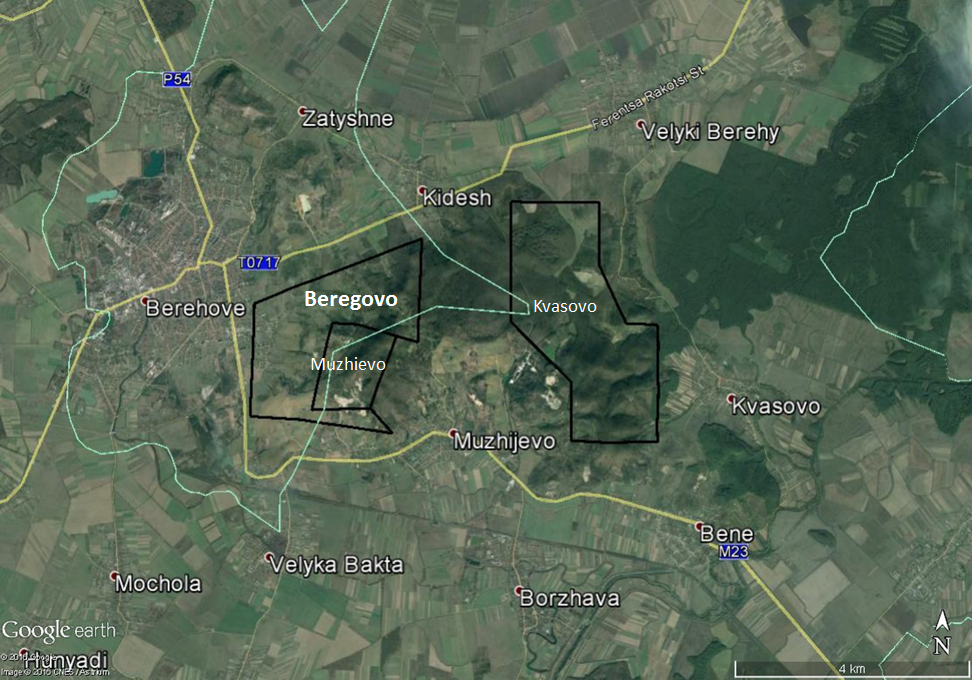 Figure 8: Outline of Beregovo License Number 4113 in vicinity of the town of Beregovo.

The Beregovo Property consists of mineral license number 4113 covering 514.8 hectares. The license was issued on March 16, 2012 and is valid until March 16, 2017 (figure 3). This license is renewable and provides permission for subsurface use including geological exploration, research and industrial development of polymetallic ores, and approval of the results of geological and economic evaluation by the State Commission for Reserves of Natural Resources of Ukraine.

The geology underlying the Beregovo Property is very similar to Muzhievo and the same styles of mineralization are present.

On the Muzhievo Property the geology is defined by volcanism and sedimentation associated with a major volcanic caldera structure. The Muzhievo Property along with the adjacent Beregovo Property, which are part of the same system, sit on the eastern rim of the caldera and gold and polymetallic mineralization are best developed at the intersection of the rim faults and cross cutting east and northeast structures. Veins range from east-west to northeast-southwest in orientation with dips generally to the north and northwest at 70 to 80 degrees and vary from 0.6 to 8.4 metres in thickness (figure 9). The veins extend from surface down to at least 300 metres on Muzhievo and about 400 metres depth on Beregovo (Besserer, 2008).

The style of deposit found in the Beregovo Mining District is typical of intermediate sulphidation epithermal systems. Gold and base metals are zoned in the system with gold-only veins in the top portion of the deposit and polymetallic mineralization at depth. Mineralization occurs as veins, vuggy breccias and as sulphide replacement from pods and massive lenses associated with high-level epithermal environments marked by acid-leached, advanced argillic and siliceous alteration (Kotlyar and Ludington, 1996). 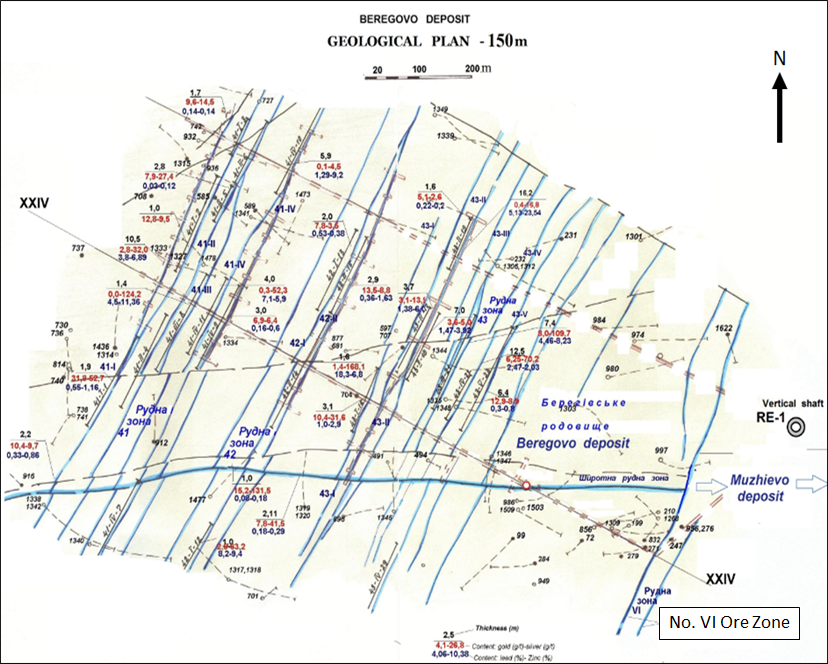 A total of 63 diamond drill holes were collared on the Beregovo Property (Besserer, 2008). Although the drilling occurred over 2 decades in the 1970’s and 80’s, most of the drilling was done in the 70’s. The deposit does not outcrop and the property is covered by up to 100 metres of overburden.

The Beregovo mineralized vein system occurs in structural continuity with the Muzhievo deposit and RJC’s 2013 mine development plan proposed that Beregovo be developed once the mining on Muzhievo reached the deeper levels (figure 10). 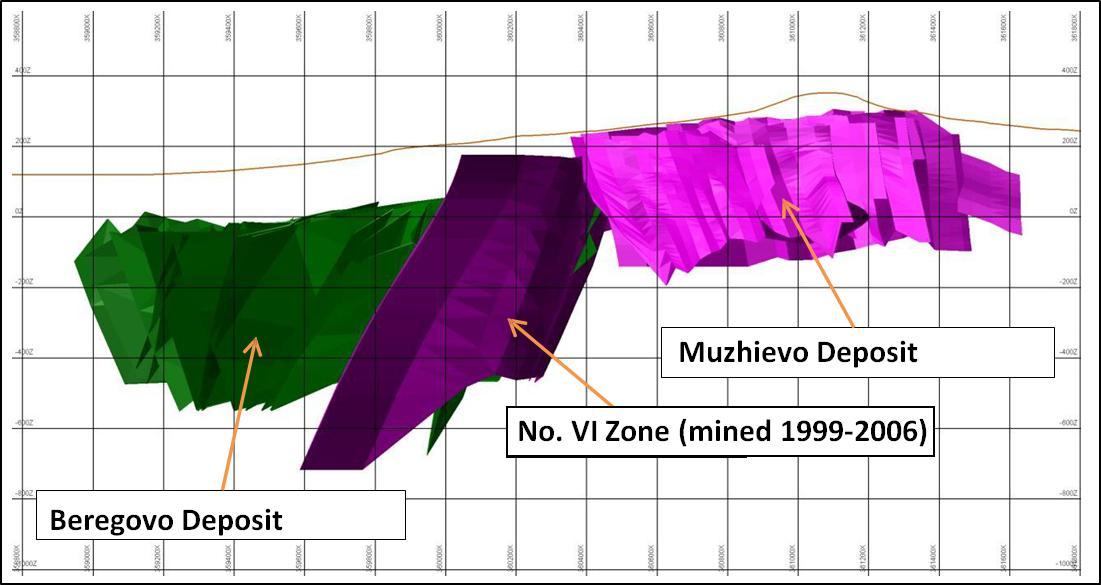 In a technical report on the Beregovo Property prepared by D. Besserer of Apex Geoscience Ltd. in 2008, the author summarizes a historical mineral resource estimate based on surface diamond drilling that totals 10.2M tonnes grading 5.21 gpt Au (table 6). However no silver or base metal values are presented nor was the date of the estimation provided. All the resource is in the P1 category.

Table 6: Historical estimate of mineral resources on Beregovo Property as presented by Besserer (2008) based on estimate provided by A. Yakubchuk (2008).

TRJC in their 2013 study provided a mineral resource estimate, based on work by Transcarpathian Exploration Company in 1994, for the Beregovo Property, presumably from the same dataset as above, that included a portion of C2 resource. They give a total of 11.6M tonnes at 4.90 gpt Au, 38.24 gpt Ag, 5.02% Zn and 2.72% Pb (table 7). According to RJC the Beregovo resources are not included in the State Balance.

RJC’s 2013 report proposes to process the ores from Beregovo with the same metallurgical process as Muzhievo because the ores are very similar.

An estimate of the financial-economic parameters of the Beregovo was provided by RJC (2013). Under the assumption that Beregovo would not be a stand-alone project but would complement and extend the mine life of the Muzhievo mine, they calculated a NPV of US$ 21.6M with an internal rate of return of 33% at a discount rate of 15%.