The Kvasovo Property is an early-stage prospect in the eastern part of the Berogovo Mining District. The property lies off the eastern edge of the major caldera structure hosting the Muzhievo/Beregovo mineralized system and lies within a smaller, secondary caldera structure of similar age.

The Kvasovo Property consists of mineral license number 4112 covering 691.5 hectares. The license was issued on March 16, 2012 and is valid until March 16, 2017 (figure 11). This license is renewable and provides permission for subsurface use including geological exploration, research and industrial development of polymetallic ores, and approval of the results of geological and economic evaluation by the State Commission for Reserves of Natural Resources of Ukraine. 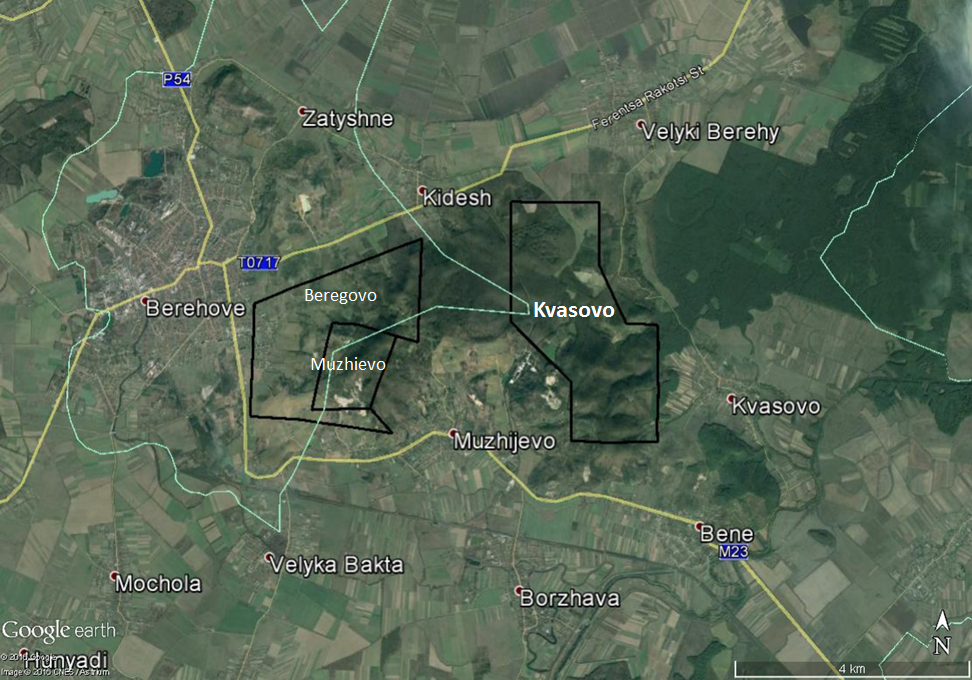 Figure 11: Outline of Kvasovo License Number 4112 in vicinity of the villages of Kvasovo and Muzhievo.. 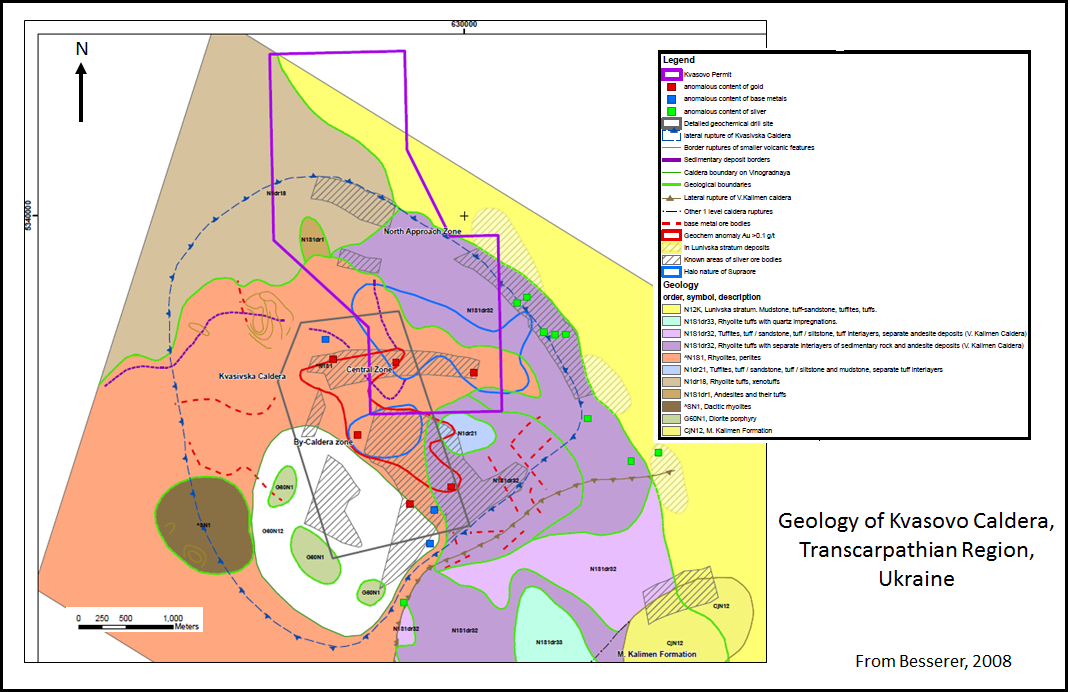 Many characteristics of the mineralization on the Kvasovo Property resemble the Beregovo-Muzhievo ore system. The morphology of the mineralized zones, the type of mineralization, the alteration and the metal ratios are all similar to Beregovo. The principal differences are related to the host rocks and in particular the volcanic lithologies which are dominated by rhyolitic and andesitic rocks. This may suggest that the Kvasovo system could be dominated by gold as opposed to base metals like the examples of Banská Štiavnica and Baia-Mare ore districts.

The most detailed exploration work done on the property was undertaken in the 1980’s by Krechkovsky Z. et al. (1990) and included drilling and resulted in P2 and P3 category resources being published in 1991 after confirmation and approval by the Central Research Institute of Geological Prospecting for Base and Precious Metals, Moscow