The Beregovo Mineral District, which encompasses the Muzhievo, Beregovo and Kvasovo Properties is located in the western, Transcarpathian region of Ukraine near the border with Romania and Hungary (figure 1). 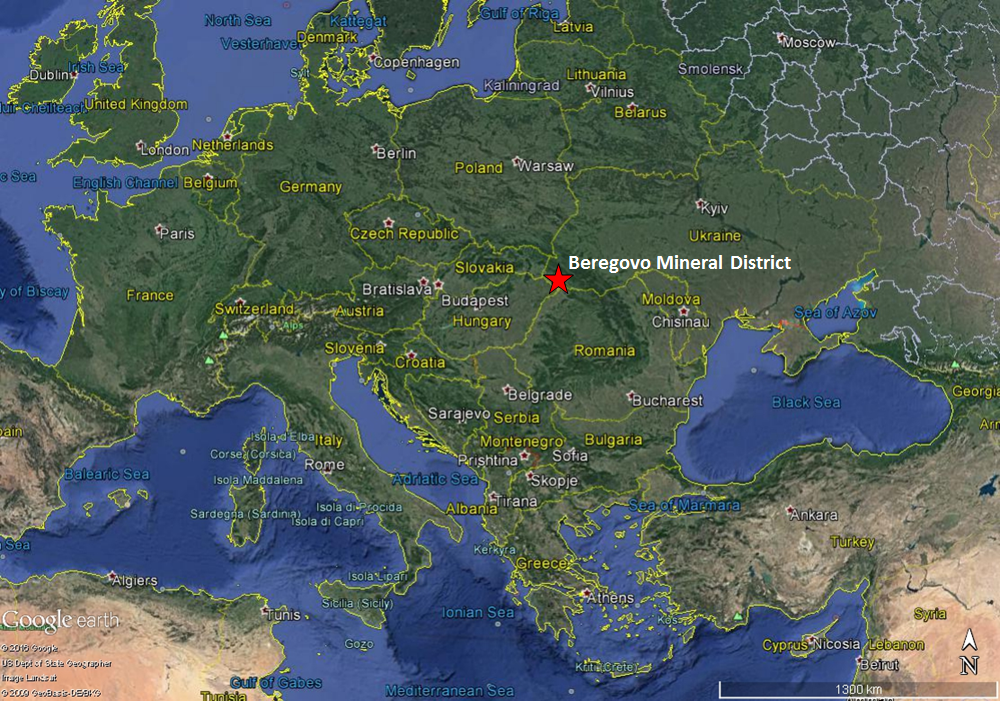 The Beregovo Mineral District is comprised of 3 mineral licenses covering the Muzhievo deposit, the Beregovo deposit, and the Kvasovo mineralized field, respectively.

General Geology and History of District

The Beregovo Mining District is part of the Transcarpathian Terrain of Western Ukraine. The area occurs within the Carpathian Neogene volcanic belt which covers a wide area in eastern Europe. Several base and precious metal occurrences are present in the Beregovo District and the Muzhievo Mine and Beregovo deposit properties, which are contiguous, are host to the same sub-volcanic epithermal mineralized system (figure 2). The two properties are located on the eastern edge of a large caldera complex and the caldera rim faults crosscut both properties along NW-SE axis. The nearby Kvasovo property is located on a smaller, satellite caldera structure, and is also host to significant epithermal mineralization.

Mining in the region dates as far back as the 12th century AD when the Holy Roman Empire required silver for minting coinage. Later, in the 17th century, the Austro-Hungarian Empire carried out small-scale mining. After the second world war, the area was mined for gold and silver and the Muzhievo Deposit was discovered during this period. During the 1960’s, lead-zinc and gold mineralization were recognized at Muzhievo in outcrop and in the early 70’s gold-rich stockworks in the upper levels of the deposit lead to a major exploration effort. 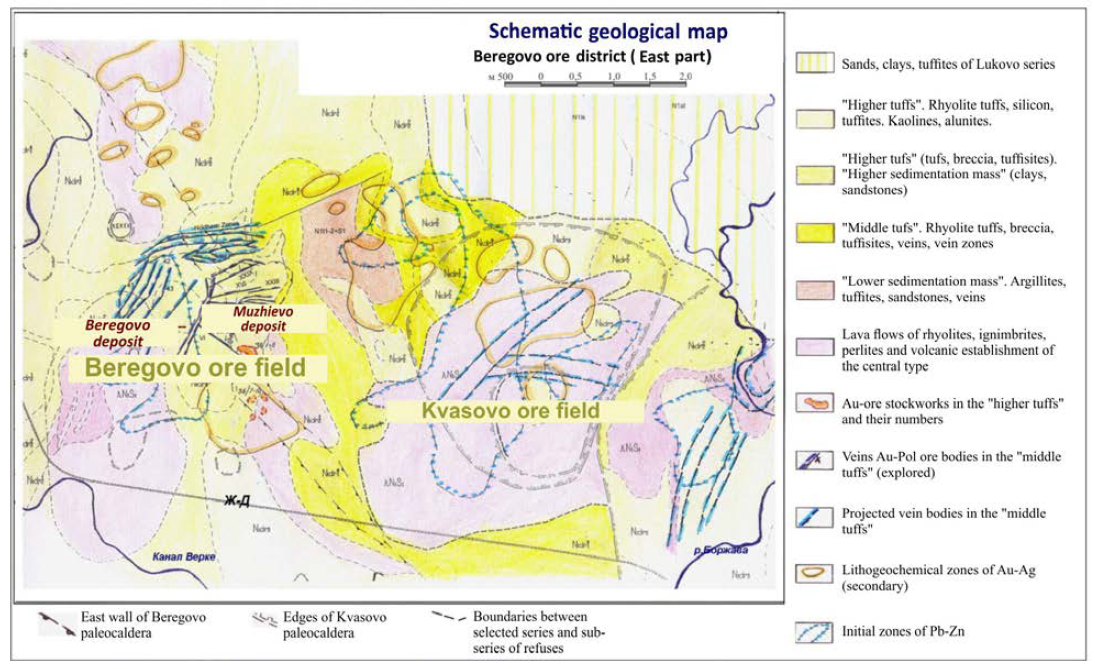