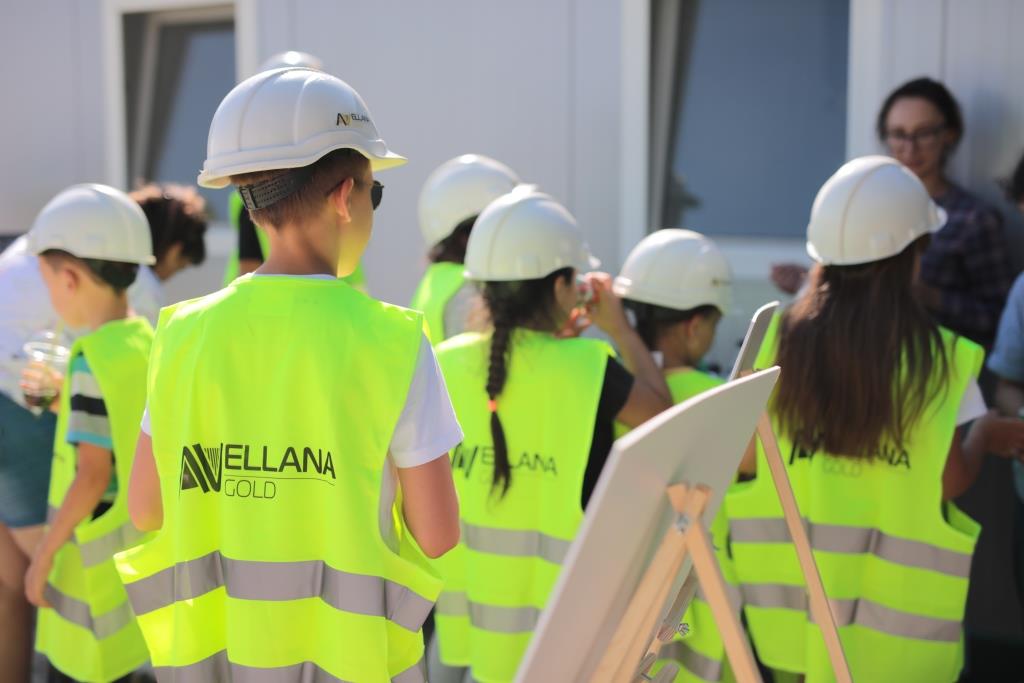 Avellana Gold arranged a tour of the factory for the children of its employees. The children were told the history of the Muzhievo deposit, an open-air museum was arranged with photos of minerals from the deposit, and a new modern factory was shown.
“Muzhievo deposit is one of the few deposits in Ukraine where there are gold reserves. The fact that there is gold on this hill became known in the mid-70s, although there is research on mining here as early as in the distant 12th century, - Geologist of Avellana Gold, Mykhailo Kostyuchenko, told the children. - Gold is very difficult to find. The approach to prospecting and exploring gold deposits is completely different than for other minerals. It is considered the most difficult.”
The specialist told the children about the ancient Turkish mines, preserved on the site. Researchers say that during the heyday of the Ottoman Empire, the Turks mined gold here. Later, the Austrians mined kaolin at the deposit, from which they made the world-famous Viennese porcelain.

The Company's Chief Mechanic Dmytro Bukharov gave the children a tour of the modern factory and told them about an ecological project that Avellana Gold is currently implementing.
“The Company is implementing an ecological project - recycling dumps accumulated on the hill, which can harm the environment. Heavy metals contained in the dumps can contaminate surface waters, - said Dmytro Bukharov. - The processing scheme at the factory is very simple. The rock must be forged and in the aquatic environment heavy minerals of iron, lead and zinc are released, washed away by gravity and collected in the form of concentrate. Purified waste rock in the form of sand together with water is fed into the settling tank - a pool arranged on the surface. Then the sand will be removed from the settling tank by an excavator and will be stacked on a separate site for further use.”
The Company's employees believe that such a tour is very educational for children, expands their worldview and gives them better understanding of what their parents do on their working day.
The tour ended with treats and souvenir photos.