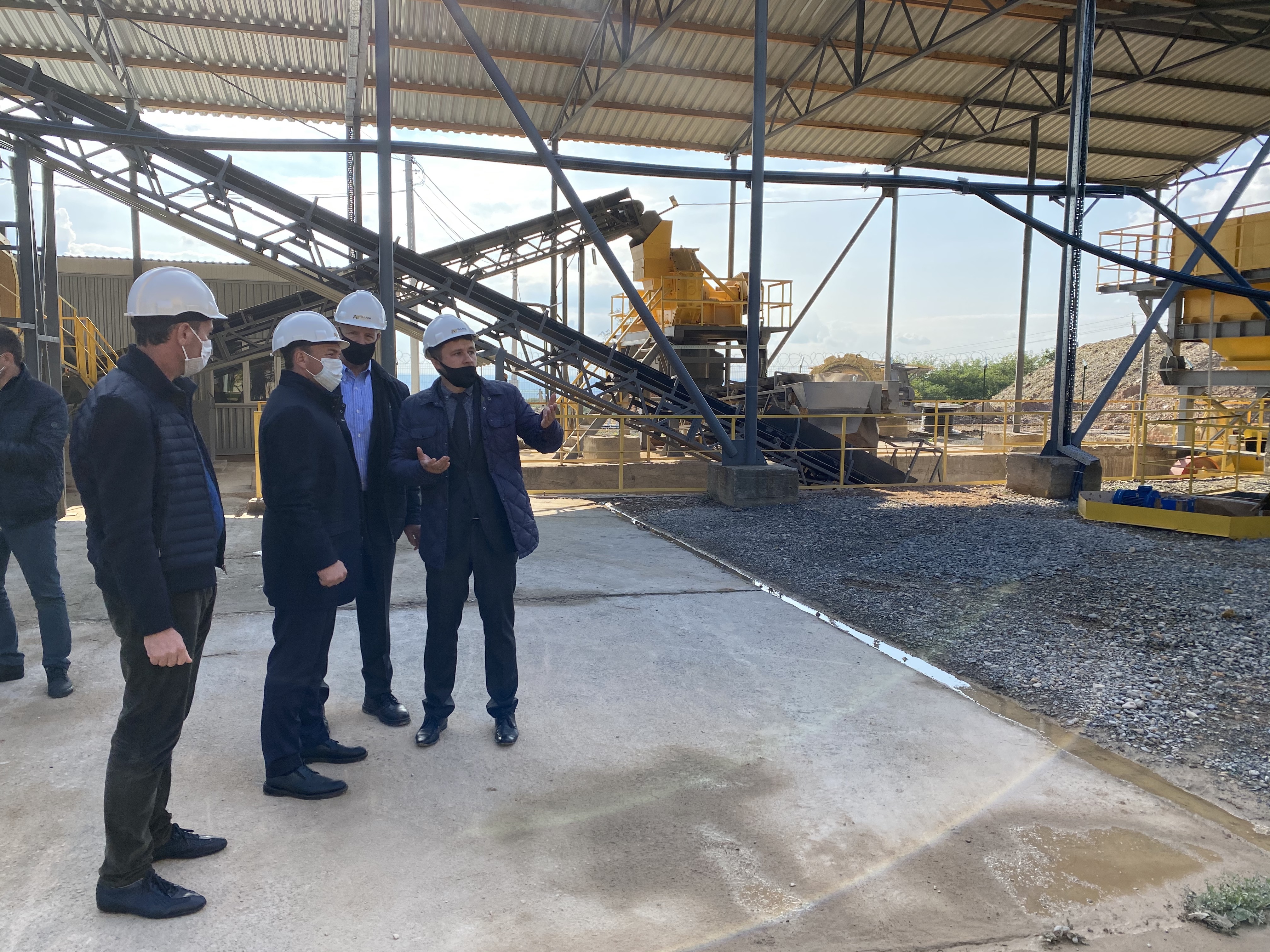 Today, October 20, the head of the Transcarpathian Regional State Administration Oleksiy Petrov met with representatives of the international investment company Avellana Gold. Now the Company is utilizing waste dumps on the territory of the deposit, which have accumulated from the previous activities of the mine, and is restoring the ecology in the region.

The Muzhievo deposit is the only gold deposit in the Country with approved reserves, which allows Ukraine to be considered a gold-mining country. The launch of the factory at the deposit is a significant income to the community budget and new jobs, comments the head of the Transcarpathian Regional State Administration Oleksiy Petrov.

"We have supported a foreign investor and the launch of a project to extract gold and polymetals at the Muzhievo deposit. The last time enterprise was launched here was in 2005, it went bankrupt, so no production processes took place here, - said Oleksiy Petrov. "This is the only production complex that can be launched during a pandemic."

During the visit, the head of the Transcarpathian Regional State Administration saw the capacity of the factory and the process of dumps processing.

"The project has more of environmental component, than a business one. The most important fact is that we will get rid of dangerous dumps, which are almost 130 thousand tons and which create a problem for the ecological system of the region today, " said Oleksiy Petrov.

Since 2016, Avellana Gold has developed a comprehensive concept for the underground development of the deposit, which involves the extraction of four types of metal and work with low grades of gold.

"Today we have built a new gravity factory, which employs 30 people. Unfortunately, a year and a half was spent on protection against raiders," said Andrii Smolin, head of the Ukrainian representative office of Avellana Gold.

As a result, the company will process 500,000 tons of ore per year and will pay more than UAH 250 million in taxes.

"The metal from our products will be enough to produce 300,000 batteries a year and will cover the country's need for zinc imports," said Brian C. Savage, CEO of Avellana Gold.

The commissioning of the Muzhievo deposit development project and additional investments in the exploration of new deposits in Transcarpathia will give impetus to the creation of new mining companies. For decades, such deposits have brought hundreds of millions of dollars to the economies of Romania and Slovakia.

"To preserve the region's ecology, production in Transcarpathia should be limited to concentrate production only," comments Andrii Smolin. "Nevertheless, the creation of new raw materials for the Ukrainian economy means the opportunity to restore zinc production destroyed by the war, build a vertical cycle of battery production, restore the entire industry of hydrometallurgical production, which was stopped in the 90s."

"We are grateful to the Governor of Transcarpathia Oleksiy Petrov, as well as to the new Office of the President, who in a short time showed support to investors and interest in creating new enterprises in the region," added Andrii Smolin.